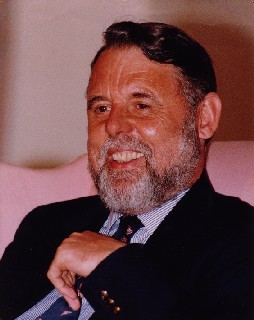 Thanks to Tim McDonald, President and Founder of The Institute for Global Studies, for keeping us posted on this event. Contact him for further details.

TERRY WAITE SPEAKS ON THE ROOT CAUSES OF TERRORISM

As special envoy to the Archbishop of Canterbury, he successfully negotiated the release hostages in Iran and Libya. In 1987 while negotiating the release of hostages in Beirut, Terry Waite himself was taken hostage and held for 1,763 days, Waite was chained to a wall, often left in darkness, beaten and subjected to mock executions. Waite retuned home from Beirut harboring no resentment toward his captors, no regret or self-pity about his experiences. He now devotes most of his time to humanitarian efforts around the world.

Sponsored by The Institute for Global Studies, Mr. Waite will be speaking of the “Root Causes of International Terrorism.” Waite says “The international war on terror is largely a war on symptoms; you need to go to the root of the problem. Why do young women in Palestine strap explosives on themselves for a cause? They have no hope…you must deal with their lack of hope.” Educators, journalists, clergy, students and anyone following both the events in the middle-east, will want to hear the thoughts of this compassionate humanitarian.

Mr. Waite is the founder and President of Y Care International, the international development agency of the YMCA movement in the UK and Ireland. Waite set up Y Care International because he “believes in the crucial role that youth has to play in shaping the future of the world.”
The Institute for Global Studies was founded to bring discussion of global issues to our region and to encourage students and educators to become engaged in the discussion. Terry Waite is the first in what we hope will be a series of speakers on a variety of global issues over the next year.

Mr. Waite’s speech on Sept. 17th will be both informative and enlightening and will leave those in attendance with more to think about. Mr. Waite will hold a 20 minute press conference either immediately preceding or following his speech. This detail is yet to be determined.