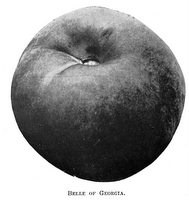 From the outset of last evening’s city council meeting, it was obvious that a rare (but endearingly shaky) consensus existed to the effect that with budget hearings on tap for next week, there would be no decisions taken on purse string issues.

Such as it was, this consensus owed far less to principle or recently sprouted procedural conviction than to the acceptance of certain gaming prerequisites, which is to say that with several councilmen eagerly eyeing the $3 million bond reserve monies soon to become available to them as an almost providential prelude to the 2007 election season, tactically ordained foreplay rather than substantive work would constitute the bulk of the evening’s activities.

Midway through the proceedings, an unusually animated Councilman Donnie Blevins wryly observed that he really wasn’t “trying to grandstand or anything,” but in fact grandstanding was the meeting’s theme, and why not?

City budgets are grueling work, the current council is light years removed from cohesive, and for perhaps the first and only time in three years of service, Councilman Steve Price was right when he considered the council’s proclivities, noted the presence of the $3 million jail bond “windfall,” and compared the situation to that of a family feuding over an inheritance.

Just as every family – even ones that are functional – have a fable of its own construction, New Albany’s sewer utility saga has long since supplanted tired tales of the westward progress of the Scribner Brothers as the city’s personalized and exceedingly peculiar founding myth, and as with any such epic merging of fact and fiction, much of the joy derives from liberties taken during the telling, whether emanating from the proximity of public officials, inscribed by anonymous “potty police” within the trogosphere, or choreographed for videotaped posterity by future political hopefuls.

Accordingly, and for strategic reasons that remain purely political, last night’s council meeting was officially designated as “Ms. Valla Ann Bolovschak* Bashes the Evil Blue (EMC) Meanies,” night at the fair, EMC being the company that has operated New Albany’s sewer plant since the tenure of the previous mayoral administration.

The plant was visited yesterday morning by the chanteuse in question, and this gritty foray into the sewage disposal netherworld yielded bountiful allegations as to malfeasance and mismanagement … which, by extension, can be drawn by any toddler with weathered Coffeyite crayon in hand to the present occupant of City Hall.

And so it was that jaded, thrill-seeking council observers were treated to another instructive chapter in the ongoing transformation of Public Communications time into artfully constructed, five-minute political video bytes – coming soon to campaign near you.

On Thursday night, Ms. Bolovschak’s presentation began with the usual bit of interactive theatrics as she passed her neatly ordered resume to each of the council members while instructing them that she remains available to work for free.

Not exactly a subliminal message, is it?

Then, with impish provocateur John Mattingly having made a competent, professional “set” with topical sewer-related questions asked of the council as the preceding speaker, she proceeded to the planned “spike”: As “babysitter” for the sewage treatment plant, EMC is guilty of numerous abuses (outlined by her at length), and the city should “be keeping our money in New Albany” by ditching EMC and making “the profit” ourselves.

It isn’t clear whether Ms. Bolovschak’s offer to work for free was meant to extend to her leading the battalions in the attack on EMC’s Sewer Bastille, personally operating the newly seized sewage treatment plant, or evading the requirements of union pay scale imposed by the Screen Actors Guild (after all, she is a Republican — and you know how they are about unions).

As Ms. Bolovschak chewed the scenery, quavering in the role of righteous Southern Belle greeting detested Yankee invader with hoop-skirt-shielded-shotgun at the door of Idlewild – a touching presentation of noblesse oblige for the “Gone with the Wind” aficionado – her coterie of “little people” in the sweltering gallery was expressive and vocal in encouragement, and certainly Erika would have waved her academic credentials in the air if such paperwork actually existed in the reality-based world.

Indeed, there exists a charming troglodyte predilection for what observers of human behavior refer to as the “call and response” pattern of communications, which is interpreted as a dialogue of sorts, although not always one taking place between true equals.

Fundamentalist church services provide an excellent illustration of the “call and response” mechanism, wherein the congregation responds to the prompts of the preacher: “Amen” … “right on” … “you tell ‘em” … “you go, girl” … “if you run, I’ll vote for you.”

It reminds me of the ward heeler’s favorite hymn: “Every time I/feel the spirit/moving in my heart/I will pander.”

Before it came to that, the longest five minutes in local show business were mercifully concluded, and as attending trogs mustered their remaining psychic energy to wax agog, council president Jeff Gahan was able to successfully gavel his way back to the written agenda — and hope remained that there’d be time for a locally-brewed beer at bNA afterward.

Not unexpectedly, by meeting’s end, the majority of Ms. Bolovschak’s sewage-related accusations had been answered, some in great detail, with city controller Kay Garry (“clearing up fallacies” about the actual number of sewer accounts) and Mayor James Garner (the city really did not pay twice for the same vehicle) taking turns in refuting specific charges while acknowledging that there are inefficiencies in any enterprise, and establishing that when the EMC contract comes up for renewal next year, all such topics will be on the table.

By that time, having as little rooting interest in a true exchange of ideas and information as the typical American has for the theology of the Koran, the majority of Ms. Bolovschak’s call-and-response team had melted away into a stifling, muggy New Albany night, returning home to stuff another pin in the mayor’s voodoo doll, to sup on peanut butter and jelly, and to titter about the precise and gratifying way their gal went at ‘em.

Meanwhile, the occupants of Confidential Corner made it to bNA for those beers.

Councilman Dan Coffey inadvertently provided a coda for the meeting, referencing these and other timeless aspects of the New Albany Syndrome, when he again shunned professional testimony by trained drainage engineers, saying “I’m sure it (the study) was done accordingly, but that’s not necessarily the best way.”

* Henceforth, we’ll seek to refrain from the colloquial “Valla Ann” references, which do no more than reinforce sloganeering, and restrict ourselves instead to the more formal usage, “Ms. Bolovschak.”