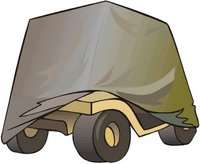 Over at palsiedposeur.com, otherwise known as the Freedom to Screech blog, activity has been frenetic during the summer’s first big heat wave.

For those just tuning in, FOS is the place to read the unreconstructed Luddite tea leaves and to be entertained by the crazed blatherings of the congenitally disaffected.

The surreal founding premise of FOS is that it is the product of a college professor of political science named Erik, who in fact does not exist, which in turn suggests that precious little is to be taken seriously that emanates from a deception as transparently absurd as this one.

This plain lie and the kindergarten chortling that accompanies it might be considered satiric in more capable hands, but the semi-literate among us seldom fathom satire, so in the end, we must continue to regard the Erik/Erika fraud as pathetic rather than creative,and with enough attendant hypocrisy to suit the most virulent of political ambitions – and as we’ve seen countless times, the have-nots are perennial victims of such machinations, dropping to their knees in praise of the savior, but ultimately being useful only as human step stools, if not spittoons.

Of course, without tsunami-scale envy and deep-seated feelings of inadequacy, one would be unlikely to pose as a university professor in the first place, but it’s worth noting that one of the persistent complaints of those in New Albany who are bizarrely comfortable with the sobriquet of “little people” is that the city’s more affluent citizens (a relative concept hereabouts) are insufficiently imbued with the principle of noblesse oblige, or “benevolent, honorable behavior considered to be the responsibility of persons of high birth or rank.”

Thus, the faded whizzer(s) behind FOS’s tattered stage curtains finds herself enamored of any such attention from her betters, basking joyfully in the reflection of glamour, wit and genuine achievement, but tragically unable to comprehend the obvious insincerity, and patently unwilling to see how she’s being used as fodder for intrigue and duplicity … but such are the tendencies of the human character, and for once, I genuinely feel sorry for her (or them, as the case may be).

The landing’s going to be a rough one, Erika, but make no mistake: There’ll be a landing.

Not that everything appearing at FOS is useless, though. Sometimes it can be instructive, though not in the way intended by the anonymous academic wannabe.

Helpfully, here’s a recent, candid FOS posting on the topic of rental properties in New Albany. It is signed by Main Street businesswoman Valla Ann Bolovschak, who was asked by NAC to confirm authorship and provide permission to reprint here, but did not respond to my request. Since the piece that follows may well be the best thing that Erika never wrote, I feel it’s worth exposing to a broader readership than that typically trolling the FOS waters in search of conspiracies to deprive the “little people” of things they didn’t know existed.

Oops, wrong button. That wasn’t Ms. Bolovschak’s essay … or was it? Alas, the shopworn label on my 78 rpm says it was performed by the Big Tree Trio, so if you want to read the actual screed, go here: “LITTLE MONEY TREE”…

The voters know and they’re going to know even more thanks to you, thanks to Freedom of Speech, thanks to those who stand up at the council meetings and thanks be to God.

Wait — you didn’t crib that bit about God from Karl Rove, did you?