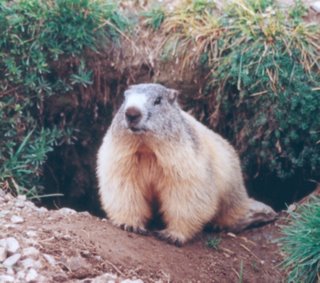 By all rights, 1st District councilman Dan Coffey should have been in his element, merrily pontificating as the journalistic spotlight shone directly on his perpetually conniving visage, following a surreal city council meeting dominated by the presumed grandeur of CM Coffey’s legislative being.

Reporters for both local newspapers were interviewing the Wizard of Westside, with the Courier-Journal’s Ben Zion Hershberg serving the expected crushable softballs while Eric Scott Campbell of the Tribune patiently waited for his turn on the mound.

In retrospect, it must have been unspeakably irksome to CM Coffey that your humble NA Confidential correspondent was standing nearby, gleefully riding on the coattails of the pros and taking notes as the Wizard whizzed wads of wheedling words. A handful of onlookers soon grew silent, as though anticipating the inevitable, and then it – of course – it happened.

CM Coffey halted in mid-bloviation, leaving the reporters to stare awkwardly at their pens, and wheeled to face his proudest and most unrepentant critic.

CM Coffey was proudly referring to a choreographed vaudeville routine from earlier in the evening, one featuring photographic enlargements of local filth and disrepair, much of which might already have been cleaned if not for CM Coffey’s (and the Gang of Four’s) serial reluctance to cease collectively acting as the Big Lots of scatterbrained conspiracy theories long enough to fund city departments.

As though embarrassed, CM Coffey jerked back to face his puzzled questioners, quickly embellishing his previously suspended comments with a spluttering expectoration: “Some people are getting desperate, and some people are losing it.”

Indeed they are, Dan.

For procedural reasons, the Great Reneger’s anti-Scribner Place/downtown redevelopment resolution remained tabled until July 3 – perhaps to die – and the focus of CM Coffey’s laughably tedious oratorical pretensions moved instead to another of his carefully orchestrated troglodyte casting calls, this one calling for an audit/investigation/analysis/proctological examination.

In spite – or more likely, because – of CM Mark Seabrook’s spirited advocacy of an audit resolution with more specificity than Coffey’s coyly proposed “fry the mayor no matter what,” the resolution was approved, with Donnie Blevins joining the Gang of Four for reasons that remain unclear.

CM Coffey’s post-game distemper wasn’t the only instance of undisguised petulance displayed by the avowed enemies of civic progress who tend to congregate on the east side of the council table.

The 3rd District’s Steve Price, whose recorded utterances on the topic of urban revitalization have tended to bear an uncanny resemblance to Gen. William T. Sherman’s marching orders for his tour of Georgia, thanked members of the reality-based blogosphere, Tribune publisher John Tucker, and police officer Keith Whitlow for their eagerness to publicly describe in detail CM Price’s myriad conceptual deficiencies and performance anxieties.

According to CM Price, this unprecedented and virtually universal negative publicity has enabled him to make a broad appeal to similarly under-qualified office holders in other unfortunate communities, with the predictably ensuing support group slated for an appearance on Oprah next month.

Indeed they are, Steve.