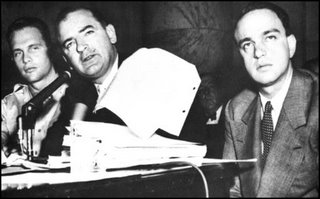 Kindly permit me to offer thanks to NA Confidential’s loyal readers.

Your expressions of support for our ongoing efforts to shine a 21st-century light into the eyes of New Albany’s regressive political obstructionism are much appreciated, and all-time highs for hits and page views have been recorded so far this week.

Importantly, the Tribune’s coverage of local events like Monday’s most recent (and once again abortive) Coffey Putsch is becoming ever more thorough and incisive.

The bottom hasn’t dropped out of the pool.

The City Council Monday night tabled a resolution to rescind $2.2 million in 16 years of city funding for the downtown Scribner Place aquatic center project. If the motion had passed, the Caesars Foundation of Floyd County would have reconsidered granting the city $20 million, which covers the large majority of anticipated costs.

Bill sponsor Dan Coffey said he’d consult attorneys and tweak the language, reintroducing the measure at the next meeting June 15. Council attorney Jerry Ulrich said at the meeting that because last year’s ordinance to provide city money had included a clause barring the council from reneging, passing the new resolution could spell legal trouble.

“If we’re not going to stand up for our own laws, we can’t expect the public to abide by the laws we set,” Councilman Jack Messer said after questioning the resolution’s legality.

Coffey proposed the measure in the hopes of redirecting the $137,500 a year into the sewer utility. A recent financial analysis suggests a 26 to 32 percent sewer rate increase to put it back in the black.

“I don’t want to do anything to jeopardize (the resolution), but we weren’t given all the information” about sewer finances last year, Coffey said after the meeting.

The project has already incurred at least $3.5 million in preconstruction expenses, said Mayor James Garner, and it would be more expensive to eat that cost than to pay the $2.2 million over 16 years.

“We continue to go round and round about this,” Garner said of the resolution.

The mayor’s exasperation is genuine. Remember last year? He certainly does, and we — you — do, also.

Tuesday evening’s City Council work session, a gathering designed to share information with no votes proposed or taken, wasn’t two minutes old when 1st District Councilman Dan Coffey stepped to the plate, waving his bat menacingly, spitting on his hands, and pointing to the exact spot in deepest right center field (i.e., the water fountain in the corridor) where he proposed to plant the fat pitch coming his way.

But what followed could hardly be termed a mighty cut.

In fact, it was more like a tentative checked swing, producing a weak little dribbler to the mound – and when Coffey’s time at bat was mercifully concluded, and he returned to the dugout to punch the water cooler, the fans in the stand sighed and said yes, he deserved his chance to bat – now maybe we’ll score some runs.

Just as the sum of a half dozen zeroes is still zero, so the impact of the Coffey Plan, as presented by the councilman to an audience precluded by accepted protocol from speaking, and illustrated with poster board, magic marker and hastily assembled snapshots of dilapidated houses and potholed streets, was no more than that of a balefully muted fart at a rock and roll show.

Of course, the primary consideration of the Coffey Plan is that the proper name “Coffey” is affixed right where the councilman thinks it should be, in front of that other part, but the curious motif of Councilman Coffey’s typically egocentric performance on Tuesday night was an almost desperate appeal to arcane legalism – not the breathtaking, soaring flights of sheer semi-literate nonsense that so often characterizes his pseudo-professorial pronouncements on matters ranging from advanced hydroponics to the sexual habits of equatorial hedgehogs.

1. The YMCA should remove the burden of Scribner Place from New Albany, since the city is far too factionalized by the Gang of Four’s obstructionist tactics to know how to use it, and then the city should take the money it saves by privatizing Scribner Place and use it to repair streets, sewers and other things that have remained stubbornly broken throughout Councilman Coffey’s long tenure on the City Council.

2. It is vitally important to realize that there might be any number of financing plans yet to be conceived over cigarettes and Captain Crunch, and we mustn’t forget this potential plethora of plans, even if it means a plan other than the Coffey Plan is adopted as the plan of record.

3. Just as Bill Clinton before him, Councilman Coffey will have you know that he has read the fine print of the Caesar’s Foundation grant agreement, and two years and forty pages later, it is crystal clear about the meaning of “is,” although “it doesn’t say ‘and,’ it says ‘or.’” This is crucial, and means that the city is free to sell its piece of the action to anyone foolish enough to accept the offer.

As a tactical rearguard action, the Coffey Plan remains a confused muddle of disparate components that cynically tosses a sliver of red meat to the clamoring “concern” yokels in the form of the aforementioned string of nulls, but has all the weight of a flea’s handkerchief when it comes to his chances of influencing the decision-making process with respect to Scribner Place, the lumbering machinery of which already is well removed from Councilman Coffey’s sweaty and perpetually conniving palms.

This leaves a modicum of obligatory strategic posturing for the next election, and a few stickpins in the household bulletin board for saying “I told you so” if alien spaceships elect to vaporize the YMCA a quarter-century from now.

That’s about it. It wasn’t at all clear whether he believed any of it himself.

By the work session’s end, Councilman Coffey was reduced to complaining about the condition of city streets, noting “I’ve still got a broken front end of my truck because of a hole in the road,” and smiling wanly as City Hall looked in his direction and thanked the council for helping them work things out.

By then, almost no one was listening.

Unfortunately, almost a year after he laughably attempted to co-opt Scribner Place with a plan named for himself, CM Coffey’s rancorous and reneging machinations show no sign of abating, and contrary to our hopes, he retains an uncanny ability to inelegantly interject his prime public policy goal – the elevation of self — into matters of keen public interest.

The self-aggrandizing and obfuscating vitriol is undiminished, and as before, the gist of CM Coffey’s ham-fisted but ever-mutating tactical maneuvering is a simple, undisguised loathing of what Scribner Place represents – as viewed, mistakenly, by CM Coffey himself.

Although presumably still a Democrat, in point of uncontested fact CM Coffey is our community’s foremost political practitioner of a distinctively and viciously right-wing concept: Culture War.

That a masquerading Democrat is in such a position of malevolence bodes ill for the futures of both party and city.

But there may be good news. The Floyd County Democratic Party chairman, Randy Stumler, had this to say in Tribune reporter Campbell’s piece yesterday:

… Stumler called Coffey’s resolution “ridiculous,” though he said he hadn’t called the Democratic councilman to discuss it.“

I certainly hope that this resolution wouldn’t go too far,” Stumler said Monday morning. “Surely common sense would win out. We as county commissioners, county council, city council and the mayor’s office have all made a commitment. There’s no way that this (resolution) should be under consideration.”

“I think there’s always infighting in any party and certainly people have their views, but it is of concern when people seem to split up so many times consistently,” Stumler said. “It might be time for them to step back and think about why they’re Democrats and what being a Democrat stands for. I certainly see Scribner Place as part of that.”

That’s a good place to start, Chairman Stumler. You’re to be commended for recognizing that the Democratic Party as defined by the likes of Dan Coffey is a party of malice, indecency, chicanery, untrustworthiness and fear mongering.

As we both know, there’s already a major political party that espouses those somewhat less than sterling qualities.

The sooner the Democratic Party undergoes a process of purification by forcefully and publicly stating what it is for, and by standing against the excesses of Coffeyism, the better for all of us.