We’re told that the sale of 234 Pearl Street is final, and that it will be the site of an office (business undisclosed). Interior work has started, and although the exterior will be painted and the clock/temperature function restored, there will be no further work on the building’s facade.

The tacky Budweiser stickers from the ill-fated opium ‘n’ swill den known as Von’s Place are gone. Let’s hope that the Jim’s Gun Room sign follows suit. While I have a several fond memories of the late firearm dealer Jim Looney, it’s better for downtown to move past something that hasn’t been open since the early 1990’s. Good luck to the new owner. 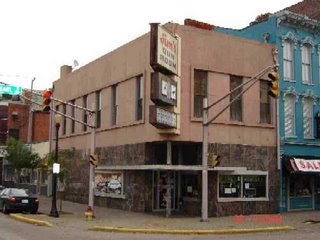