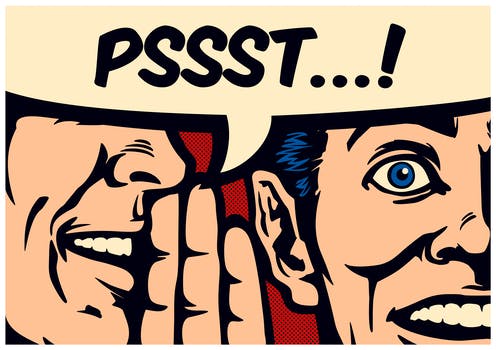 A couple of weeks ago I stumbled across this article at Instrument of Mercy, “a Christian blog written and created by Joe Forrest.”

Apart from a gratuitous swipe at the liberal-leaning news media (this particular atheist forgives the author for perpetuating this widespread conspiracy theory), this is an interesting read.

In sixth grade, I participated in a debate in which I attempted to convince my fellow classmates that we never landed on the moon.

It was the first time I used the Internet to research, and my partner and I found a treasure trove of information. We couldn’t believe it. It was so obvious. The U.S. clearly faked the moon landing in 1969 to trick the Soviet Union that we had superior rocket technology.

On the day of the debate, we exceeded our allotted 30-minute time slot by more than an hour. After the debate, we held a poll. My partner and I convinced 75% of our classmates that the 1969 moon landing was faked by the government.

I’m sure we made our science teacher proud.

In the words of the Apostle Paul, as I grew older I “did away with childish things.” And that includes my childhood belief that we didn’t land on the moon.

I learned a lot from my sixth-grade debate experience. But I didn’t expect to find the experience of convincing a bunch of sixth graders of a crazy theory so relevant to what we’re experiencing today with full-grown adults.

Especially adults who claim to be followers of Jesus and people of “The Truth.”

During Barack Obama’s presidency, it was fellow Christians claiming online (and sometimes from the pulpit) that Obama was a secret Muslim and the country was headed for mandatory Sharia Law (despite the fact that less than 1% of the U.S. population identifies as Muslim).

After the Sandy Hook school shooting that killed 26 people (most of them children), I was shocked at the number of Christian friends who posted videos claiming the attack was a staged “false flag” operation led by the liberal government.

During the 2016 Presidential Election, my blog’s inbox was flooded with emails from concerned Christians asking me to look into Hillary Clinton’s supposed ties to a pedophile sex ring. And after DNC staffer Seth Rich was murdered, it was my Christian followers sharing links to conspiracy theories – even after Fox News retracted their original story.

And, with COVID-19 pandemic and the 2020 Presidential campaign in full swing, the amount of Christians posting and sharing conspiracy theory videos has attained critical mass.

For many of us, it can be demoralizing to watch beloved friends, family members, and mentors fall deeper and deeper into the rabbit hole of convoluted government plots and paranoid speculation.

However, rather than attempt to debunk the plethora of conspiracy theories at play (a nigh-impossible task), it’d probably be more helpful to understand why we’re so enamored with them in the first place …

Everything that happens in the universe is a result of a cause-and-effect relationship. Nothing really occurs spontaneously. It’s just that sometimes, the real-world explanation of a catastrophic event isn’t very emotionally satisfying. A big effect needs a big cause, right? Shouldn’t dramatic events require dramatic explanations?

Sometimes all it takes to change the world is a single deranged individual with access to a rifle and a decent perch. Or a religious extremist who exploits an overlooked security flaw in airport security. Or a bat that urinates on the wrong animal in an open-air market in China.